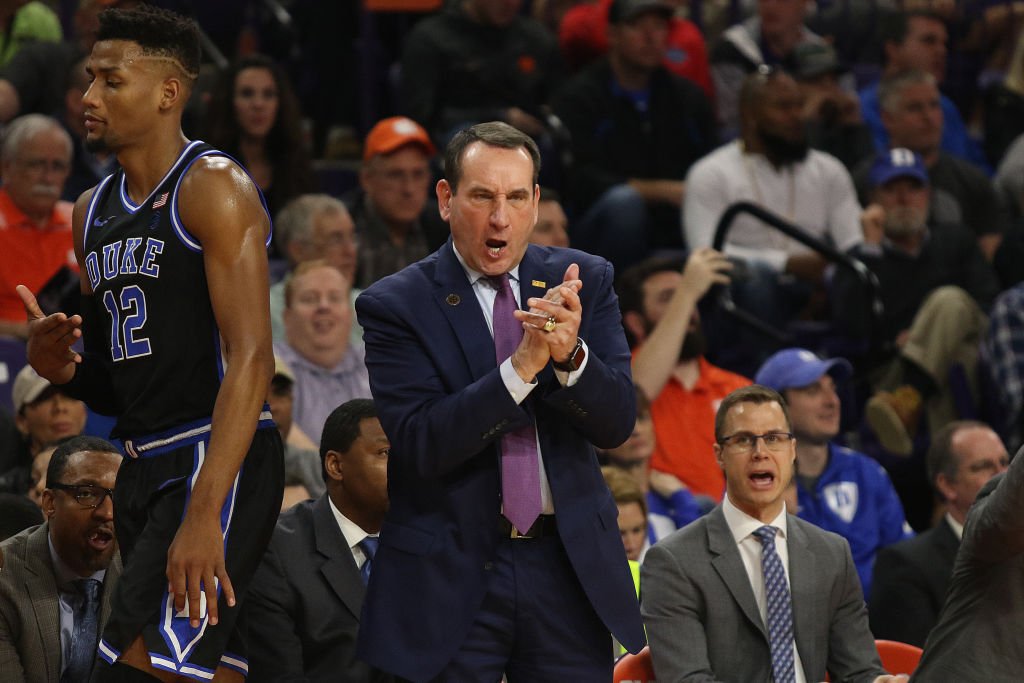 Even Duke’s Mike Krzyzewski had enough the Cameron Crazies. Coach K was spotted going on the student section at Cameron Indoor Stadium while his squad played the Pitt Panthers last night (Jan. 29).

The students were chanting for Pitt coach Jeff Capel to come sit with them. The problem was that Jeff Capel played his college ball and even coached at Duke, and Coach K was having none of it.

Coach K was seen on video basically blowing a gasket, and reportedly yelled “Shut up!” and “He’s one of us!” And by the dejected looks of some of those Cameron Crazies, they got the message.

After Cameron Crazies started yelling "Jeff Capel, sit with us," Coach K could be seen yelling "Shut up" and "He's one of us."

Capel played at Duke and coached there for 7 seasons. pic.twitter.com/OdKeJ62MMv

The fact that the kids in the stand looked like stereotypically privileged college bros just itching to yell back “Do you know who my dad is?!” made for some peak Internet slander.

And we’re here for it.

Coach K eventually apologized for his outburst. But still wasn’t feeling the chants, and even offered alternatives.

Coach K says going off on the student section was a mistake on his part….then offers chant ideas

But anyway, peep the Duke slander below.