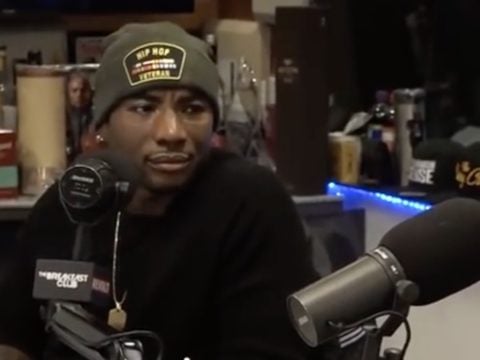 Radio veteran Charlamagne Tha God is more than impressed with Amy Schumer right now. The hip-hop personality has applauded the comedian for dropping tough criticism toward the NFL over its national anthem drama.

Charlamagne went to Instagram this weekend to salute Amy for going public with her words.

Energy I’m On This Morning. Statements like this help to restore my faith in humans. This is how you use your privilege to combat prejudice. I mean the LEAST you can do is call out the bullshit when you see it. Salute @amyschumer

Heading into the weekend, Amy raised eyebrows after sharing some seriously woke words against the NFL.

Friday thought. I wonder why more white players aren’t kneeling. Once you witness the truly deep inequality and endless racism people of color face in our country, not to mention the police brutality and murders. Why not kneel next to your brothers? Otherwise how are you not complicit? I think it would be cool if @maroon5 backed out of super bowl like @badgalriri Did. I personally told my reps I wouldn’t do a Super Bowl commercial this year. I know it must sound like a privilege ass sacrifice but it’s all i got. Hitting the nfl with the advertisers is the only way to really hurt them. I know opposing the nfl is like opposing the nra. Very tough, but don’t you want to be proud of how you’re living? Stand up for your brothers and sisters of color. And the hottest thing a guy can do is get down on one knee. Not to propose but to reject the treatment of his teammates by this country. Anyone who says its disrespectful to our military please read up on the fact that a lot of veterans are proud of what @kaepernick7 is doing and fully support him. What are your thoughts?

The post Charlamagne Tha God On Amy Schumer’s Woke AF Anti-NFL Stance: “The Least You Can Do It Call Out The Bullsh*t When You See It” appeared first on SOHH.com.