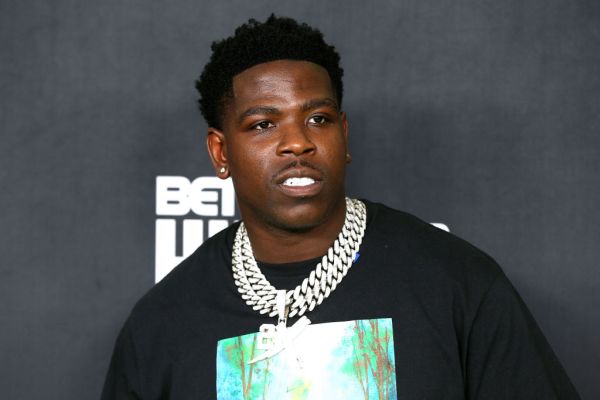 Casanova knows a bit about the gang life as he toiled in the streets long before becoming a respected rapper, and a recent interview clarified where he stood with his former past. During the chat, the Brooklyn rapper shared that he has no sympathy for Tekashi 6ix9ine‘s former Blood gang crew and their current predicament.

Casanova sat down with Hot 97’s Ebro In The Morning show and broke down his love of prison cuisine despite the fact he’s got quite a solid career as part of the Warehouse Music Group/Roc Nation team. Casanova was there to promote his upcoming debut album Behind These Scars and to break bread overall.

Around the 24:30-minute mark, Ebro asks Casanova about the recent happenings with Tekashi and him sending his entire crew up the river, along with addressing his former beef with the Nine Trey Gangsta Bloods.

He added, “I ain’t got no problem. I don’t care. I feel like every single person in the United States turn they back on me, especially in New York. My music went from playing every second to ‘Set Tripping’ not even playing on radio.”

Casanova also says that those in the game calling Tekashi a snitch should “shut the f*ck up” because they were protecting him and hanging on his coattails as his fame grew. Casanova also shared that the beef he had with Nine Trey and Tekashi could have been worse had he acted on impulse and now doesn’t have any regrets about his decision to be the bigger man.

Check out the full Casanova Ebro In The Morning interview below.