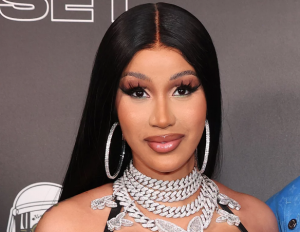 According to a recent article from TMZ, Bronx native Cardi B is stepping up to the plate to assist those who were affected by the fatal fire that ripped through a Bronx apartment building that killed 17 people. The “It’s Up” rapper pledged to pay for the funeral services of those who succumbed to the deadly blaze.

NYC Mayor Eric Adams said, “We are grateful for Cardi B, a real superstar on and off the mic, for granting some critical financial relief to families of the victims. The city will be forever thankful to her and also to the grassroots donors and corporate partners who have been able to offer immediate support for our neighbors in need, to reestablish themselves during this difficult time.”

Cardi says about her contribution, “I cannot begin to imagine the pain and anguish that the families of the victims are experiencing, but I hope that not having to worry about the costs associated with burying their loved ones will help as they move forward and heal.”

On January 9, an intense fire ripped through a 120-unit apartment building in the NYC Borough, killing 17 people and leaving countless others homeless. FDNY said that a broken space heater caused the fire, but fire officials said that tow inside doors that were supposed to be secured were left open, allowing smoke to fill the building.

The deadly blaze is still being investigated.

The post Cardi B Covering Funeral Expenses For Bronx Fire Victims appeared first on The Source.