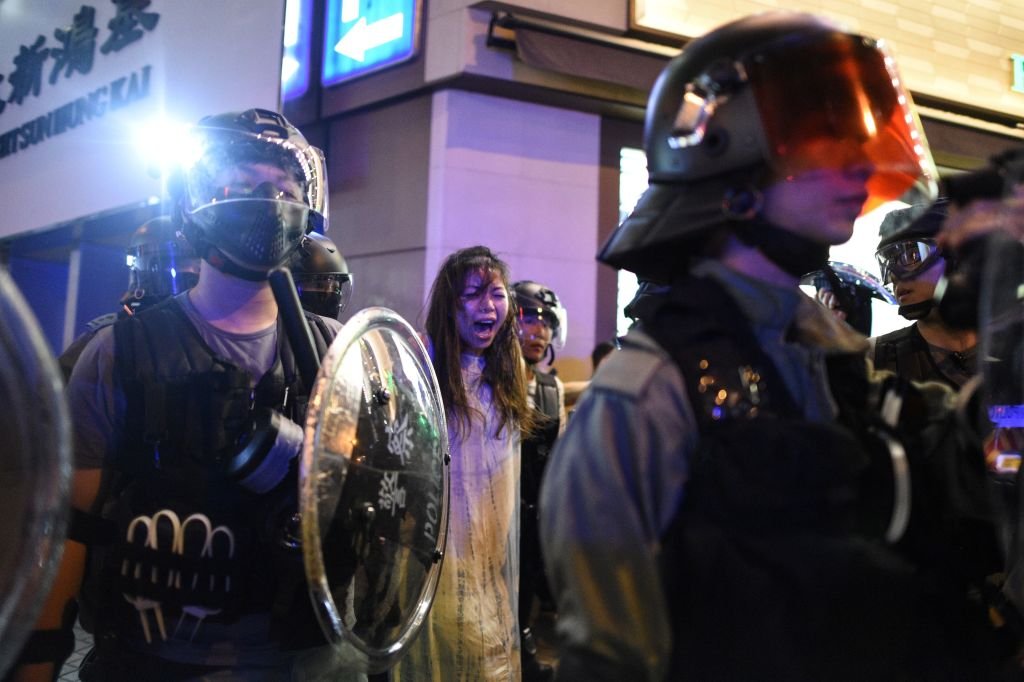 If you have any comments related to the current situation going on in Hong Kong, you might want to think twice before you share them. Professional Hearthstone player, Blitzchung was banned for a year by Blizzard following a statement he made in support of the pro-democracy protests.

In a stunning move, Activision Blizzard — one of the biggest American gaming studios — sided with China today. The company came down hard on the Hong Kong native after he expressed support for the protests going on in his home country. During an interview on Sunday (Oct.6), Chung Ng Wai, aka Blitzchung in the gaming world, made the statement “Liberate Hong Kong, revolution of our time.”  The slogan is commonly used in the protests going on across the city. He made the statement while wearing goggles and a face mask, both items that protesters in Hong Kong don to hide their identities.

in response, Blizzard Taiwan has now deleted the VOD from their official Twitch channel https://t.co/l5lcMu4ULR

Blizzard, in an official statement, announced that it removed Wai from the Hearthstone Grandmaster Finals, banned him for 1-year from pro-play, and took back thousands of dollars in prize money. The commentators were also fired, as well. The company claims that he violated the 2019 Hearthstone Grandmasters Official Competition Rules Section 6.1, which states:

Engaging in any act that, in Blizzard’s sole discretion, brings you into public disrepute, offends a portion or group of the public, or otherwise damages Blizzard image will result in removal from Grandmasters and reduction of the player’s prize total to $0 USD, in addition to other remedies which may be provided for under the Handbook and Blizzard’s Website Terms.

Blizzard is the latest global company to come down on someone who spoke on in support of Hong Kon protestors. China has stopped doing business with the NBA for now following a Tweet from Houston Rockets’ general manager Daryl Morey. The league, as well as Rockets owner Tilman Fertitta, immediately distanced itself from Morey’s statement. The damage has already been done with Chinese companies like Li-Ning and Ten Percent, a leading internet and cable provider in China pulling sponsorships from the team.

The decision has not sat well with the gaming community who have threatened to boycott the game until Blizzard reinstates Blitzchung. They are also calling out the game company for being on the wrong side of history in the matter by opting to choose profit over human rights.

You can see the reactions to Blizzard’s decision in the gallery below.