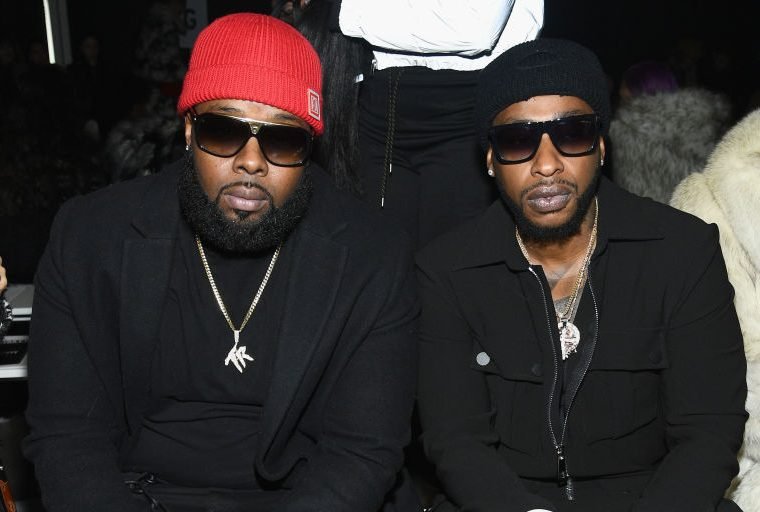 Last week, Ceaser expanded his Black Ink empire by deciding to take his business to Bedstuy, Brooklyn. In the process, his lazy cousin Ted felt some sort of way after he decided to go 50/50 with Puma in the new location and other shops going forward. This week the Ceaser’s streak of good luck hits a snag, plus Tati is in trouble.

The episode opens up following the aftermath of Sky’s failed team bonding trip that came to an abrupt end when one of the sprinters broke down. Puma apologizes on behalf of Sky and her failed moves, but Ted is still not feeling him. During his confessional, the professional couch sitter says if Puma were on top of his job, there wouldn’t be no need for him to apologize. Anyway, Tati comes storming in with her stomach wrapped in saran wrap and guzzling a gallon of water. No, she isn’t on an Instagram diet plan. Instead, she is panicking because they moved up her drug, and she clearly was getting high when she shouldn’t have been. If Tati fails this upcoming test, there is a significantly good chance she will be thrown in jail.

Puma is learning with more responsibility, comes more headaches. The Art 2 Ink owner takes his wife Quani on an excursion to Brooklyn to check out the new shop he is in charge of. Unfortunately, she is not impressed, and understandably so it’s not finished. To add more insult to injury, she is not happy that Puma is running a third shop cause that means it will keep him away from his family. Puma’s argument is, of course, that he is making more money, so Quani should be happy about that, but she is not, so Puma has a problem.

Back at the shop, Head of HR, Sky has another surprise for the crew. The exuberant reality star pops up, looking like royalty flanked with her own version of the Queen’s Guard from across the pond. The team is perplexed but extremely excited when Sky presents Britain’s flag, giving them the idea that they will be heading there. Much to their dismay, Sky reveals from behind the flag that London is back.

That awkward moment when Sky put all this effort into a surprise that NO ONE asked for…….

Of course, no one was happy to see her. BUT London is there to apologize, and that’s what she did. Surprisingly Donna, who couldn’t stand her, accepts the apology and it looks like London is good…for now.

Soon after, Walt walks and fills in Tati, Donna, Kitty, London, and Krystal about his fall out with Jess about shutting down her womb on him. To ease his anger and sadness, Walt decides to get a tattoo and Krystal volunteers to make it happen. Meanwhile, Cease and Miss Kitty are out enjoying some fine Jamaican cuisine, well at least Ceaser is. They discuss the opening of the new shop in Brooklyn, but Kitty is worried that her boss is spreading herself too thin. Ceaser doesn’t feel the same way mainly because Puma sees the vision and his handling things. Kitty decides to offer him her help any way she can, now that’s a team player.

Speaking of Puma, he stops by Black Ink 125th, the shop we rarely see to talk to Ceaser. He is there to vent about Quani and wants suggestions from his best friend. Ceaser comes up with the bright idea to bing in Quani to the Black Ink family, and Puma is like HELL NO. Cease thinks it will be the perfect way for Puma to still make money and be with his wife at the same time. After some convincing, Puma reveals that Quani is into micro-blading, and Cease reveals that the shop could use one.  Puma agrees to go ask Quani if she is down for the cause.

Back at the shop, this season’s new cast member Rok gets his time to shine on this episode, and we are not talking about doing tattoos. He walks into the shop looking a complete mess after a fight with his now ex-girlfriend. He reveals to the gang that in the heat of the argument, his ex destroyed all of his sneakers. She even put peanut butter in his Timberland boots.

What could have possibly pushed this woman to this state?

He thought he has rid of her after the argument, but she shows up at the shop to continue to the dispute. After going back and forth with each other, she decides to spit on the tattoo artist as a parting gift.

Ohhh nahhh… Rok's ex is REALLY so pressed that she showed up to his job after SHE broke up WITH HIM!!! #MakeITMakeSense #BlackInkCrew pic.twitter.com/CSu6XsZM2A

Tati is in bad shape, she calls Kitty urging her to come through because she needs some support. When Kitty arrives, Tati reveals while shedding tears that she failed her drug test. Kitty gives her some words of encouragement and tells her the good lord wouldn’t have put her in a situation she couldn’t handle.

Tati's legal problems are OBVIOUSLY a serious issue, but SHOULD SHE have been able to pass the drug test, since she KNEW she was in trouble in the first place? #BlackInkCrew pic.twitter.com/KLvR6K6ZpA

Ceaser heads to Brooklyn to check on the progress of the new shop, and he is disappointed to find out there is an enormous leak. Puma blames Ted, pointing out that he was supposed to be overseeing the construction. Cease is just pissed and doesn’t really care who is to blame at this point and only wants the issue fixed.

While the Black Ink Brooklyn shop is in turmoil, @CeaserBlackInk gets ARRESTED!? See how it all unfolds on a new #BlackInkCrew TOMORROW at 9/8c on @VH1! pic.twitter.com/gBC4hUX52u

The tattoo shop owner storms out and hops in his car and calls Kitty to vent his frustration. During his drive, he gets pulled over, we quickly learn he was arrested and thrown in jail for riding dirty. He calls his daughter’s mother and asks her to bail him out, and that’s where we are left until the next episode.

CEASER IS LOCKDD UP TOO??? Are we even going to have a crew left with everyone getting put into the slammer?

Till then, check out all of the reactions to the episode in the gallery below.