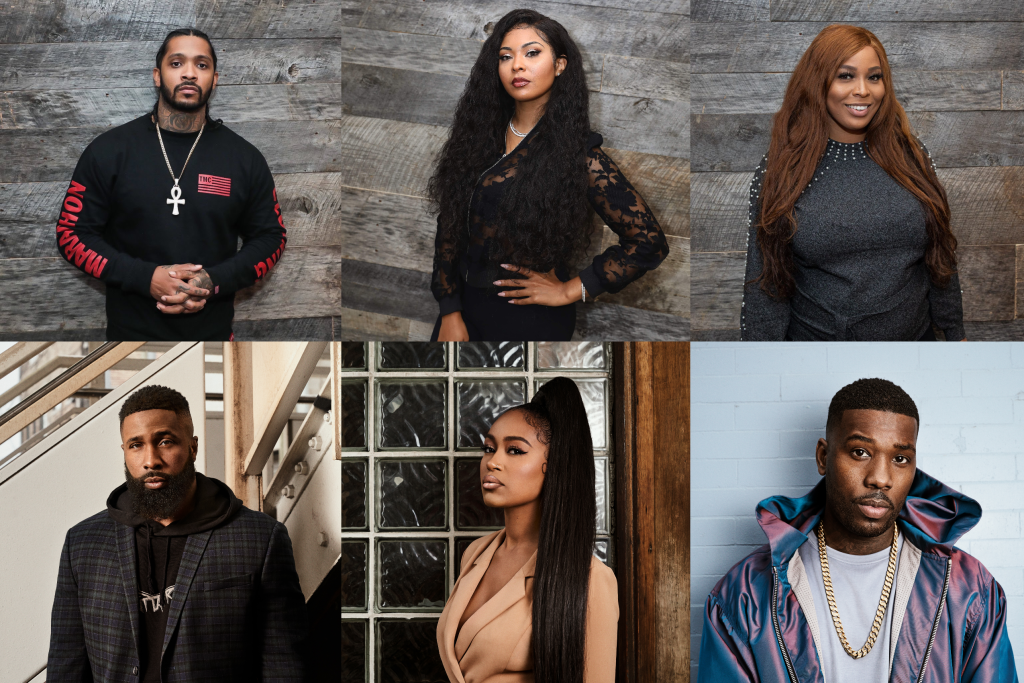 Things aren’t looking so good for Charmaine’s tattoo shop, 2nd City Ink. She is losing artists left, and right and plus, her shop is not even properly registered with the city of Chicago’s health department. Charmaine is giving Ryan more ammo to say, “I told you so” when it comes to running a successful tattoo business.

The episode opens up with Charmaine dealing with the fallout from the Chicago Tribune article. She holds a meeting with the remaining crew she has, which includes Kitty, Draya, Plug, and  Fly Tatted, to bring them up to speed on the situation. Charmaine explains that the paperwork was submitted, and the only reason it wasn’t done earlier because of having to deal with the sudden passing of her mom on top of getting ready for the gender reveal and upcoming baby shower in NYC. But she reassures her team that everything will be okay.

Idk about you, but this feels like a PRETTY big deal

Meanwhile, at 9MAG, Ryan, Phor, and Don are talking about Charmaine’s paperwork issue subtly shading her. Ryan addresses his quote in the Chicago Tribune article, where he basically says his former employee is not on his level when it comes to tattoos and owning a shop as far as he is concerned.

with the Tribune…but it hurt Charmaine.

We head across the pond, and Jess is currently debating on whether she should stay or go back to Chicago to make things right between her and Charmaine. After some serious thought, while performing a tattoo on a client in London, she decides that she will go back to Chicago. While out with her drinking buddy and best friend Steven, she breaks down the whole situation that went down between her and Charmaine that forced her to come back home to England to clear her mind.

Steven asks Jess if she plans on staying in London or returning to Chicago, and she tells him that she wants to give 2nd City Ink another shot. Jess also wants Steven to come with her to America, and he says to her he would love to but has some things to take care of first at home, but he will think about it. Steven and Jess definitely give off couple vibes, when pressed if they have slept together during her confessional, Jess says nothing intimate has happened between them.

Jess is not giving up on 2nd City that easy

Do you think she’s making the right choice returning to Chicago? #BlackInkCHI pic.twitter.com/h5CPibHWlj

Back in the US, its time for Charmaine’s baby shower, which was held in Brooklyn, NY, because Neek’s family is there. Everyone is there, including Ryan, who Charmaine isn’t feeling at the moment because of his comments in the Chicago Tribune article. Speaking of Ryan, things are a bit weird for him because the women he has been romantically linked too are in the building as well.

Kitty is still confused as to what is going on between herself and the 9MAG owner after he gave her the silent treatment while they were at the Big Jam concert. She explains in her confessional though she has no intention of chasing Ryan, so if he wants to explain himself, he has to initiate the conversation. She claims she is unbothered, but based on her facial expressions in the episode, she clearly is feeling some type of way.

Ryan + Kitty are steppin’ on eggshells around each other

Is it the exes in the room or do you think they’re avoiding a bigger conversation? #BlackInkCHI pic.twitter.com/VCM9dxdecj

Kitty and Ryan finally have a much-needed conversation. It starts off a bit testy, but they get back on the same page.. well sort of.

It feels like it’s time to….say it with me now… DEFINE THE DAMN RELATIONSHIP!!

While everyone is celebrating Charmaine and baby Nola, Draya gets a FaceTime call from Jess.  Draya runs outside to take the call because she is happy to hear from her boss. Jess, who got the lowdown on the whole paperwork situation, explains to Draya that she could lose her tattooing license for working in an illegally operated shop. Draya is pissed and runs back inside to press Charmaine about the situation because earlier, she told them not to worry about anything.

After Draya goes off about the paperwork situation, Charmaine basically dismisses Draya and pins the blame on her for the shop’s dilemma. Charmaine explains because of the fight between Fly Tatted and former 2nd City Ink employee Zach over her, the building’s landlord put the shop on probation, holding up the paperwork. So basically, if Draya wants to be mad, she should be angry at herself. Charmaine gives her the finger literally and tells her to f*** off.

Do you think Charmaine should blame Draya though? #BlackInkCHI pic.twitter.com/aMhW7cAUh7

Charmaine wasn’t finished either. Ryan chastises her while cutting her baby shower cake. Charmaine gets fed up and approaches him to speak about his comments in the article. Ryan explains to her he wasn’t trying to come from a negative place with his comments, but he just feels he has no competition in the city of Chicago and especially not from her. He tries to explain to her he only wants the best for her and to see her succeed, but she has to get her sh*t together if she wants to be considered a successful tattoo shop owner. Charmaine isn’t trying to hear it and tells Ryan to go “f*** himself” and storms off.

Ryan had no problem keeping it real with Charmaine over his comments in the Chicago Tribune saying that 2nd City is NOT in 9MAG's league at all.

Do you think Ryan was being shady with his comment? #BlackInkCHI pic.twitter.com/aBcBqQ5LRK

Things are only going to get even more interesting next week cause it looks like Ryan took things a bit personal. Until then, you can peep the reactions to the episode below.