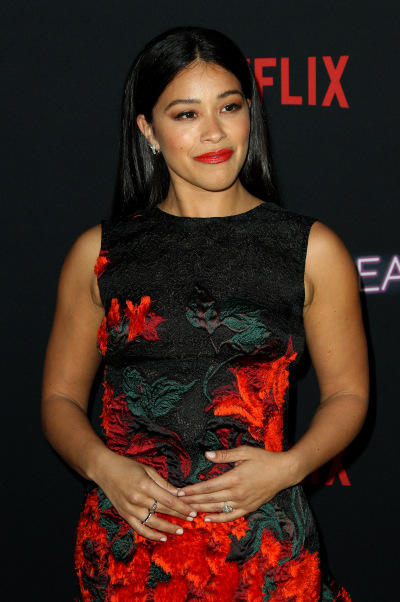 Gina Rodriguez got promptly gathered by Black Twitter after she was seeing vigorously rapping the N-word while getting her makeup done in the video to the tune of the Fugees’ “Ready Or Not” track. After dropping an initial apology that came off weak to some, the Jane The Virgin actress followed up with an obviously prepared statement but Black Twitter is still shoving Rodriguez out the paint.

On Tuesday, Rodriguez was seen rapping Ms. Lauryn Hill’s “N*ggas give me heebie-jeebies” line from “Ready Or Not,” sparking a fit of outrage on Twitter. In her first apology posted to her Instagram story feed, Rodriguez said via video, “I am sorry if I offended anyone by singing along to the Fugees, to a song I love that I grew up on. I love Lauryn Hill.”

As the heat turned up on Rodiguez, she issued a lengthier written apology via Instagram.

“In song or in real life, the words that I spoke, should not have been spoken,” Rodriguez shared. “I grew up loving the Fugees and Lauryn Hill. I thoughtlessly sang along to the lyrics of a favorite song, and even worse, I posted it. The word I sang, carries with it a legacy of hurt and pain that I cannot even imagine. Whatever consequences I face for my actions today, none will be more hurtful than the personal remorse I feel.”

With her second apology ringing just as hollow as the first, Black Twitter has been sniping at away at the actress and doesn’t appear to be letting up anytime soon. Check out the responses, along with the apology, below.