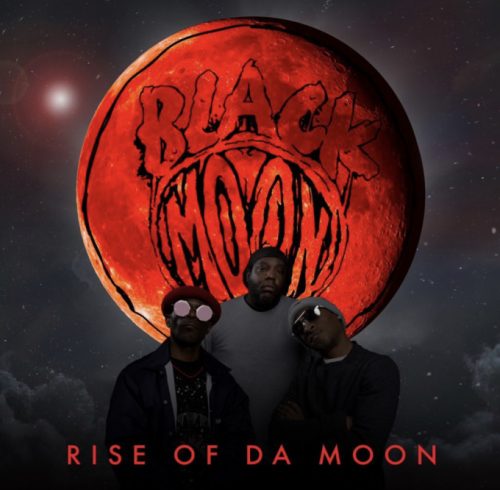 Black Moon is a highly regarded hip hop trio consisting of Buckshot, 5ft & DJ Evil D. Their 1993 debut Enta da Stage would go on to become a hip hop essential & despite their 1999 sophomore effort War Zone not being as acclaimed, it was still solid. Last time we heard from the group was in 2003 with Total Eclipse & all these years later, they’re making a comeback with their 4th full-length album.

The album kicks off with “Creep wit Me”, where Buckshot & 5ft both go at their competition over a piano-inflicted boom bap beat. “Da Don Flow” reclaims Buckshot’s prowess over a slaughterous instrumental while the track “Ahaaa” talks about cops over a g-funk/boom bap fusion. The song “Pop Off” flexes their skills over a boom bap beat with some gloomy horns throughout while the track “Ease Back” with Method Man & Steele go at their naysayers over a vibraphone inflicted boom bap beat.

The song “General Feva” is a vicious 5ft solo cut while the track “Look at Them” talks about people tryna rob the group over a rhythmic bass-like & some haunting strings. The song “At Night” finds Buckshot & 5ft trading bars back & forth over a somber organ-inflicted beat while the song “Payback” talks about getting money over a funky beat. The penultimate track “Roll wit Me” with Tek gets romantic over a slick boom bap beat & then the closer “Time Flys” gets reflective over a jazzy instrumental.

This is a fantastic return from one of the hardest East Coast groups of all-time. You can really tell the trio all seem really happy to be back together as it really sounds like they never left from the deadly lyricism to the grimy production. Here’s to them hopefully dropping more efforts together in the future.