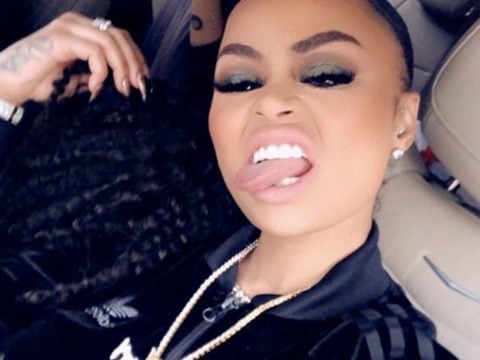 Vixen Blac Chyna will always be ride or die for the 6 God. The hip-hop model has credited Drake for helping her blow up across the Internet as a mainstream vixen.

In a new interview, Chyna credited Drizzy for referencing her in his music which ultimately helped her gain major clout.

To earn some money to save up for school, Chyna began dancing as a stripper and continued to dance when she moved down to Miami for college, which led to her opportune meeting with Drake and helped her get discovered. Chyna said: ‘I actually had a booking and I think it was in Tennessee. These guys introduced me to Drake, and Drake you know put me in a song and I started doing all the music videos and the magazines.’ Drake mentions Chyna in his 2010 song Miss Me, rapping: ‘Call up King of Diamonds and tell Chyna it’ll be worth the flight // I be at my table stackin’ dollars till the perfect height.’ (Daily Mail)

In September, a pic surfaced of Chyna looking boo’d up with a mystery man.

Over the summer, Chyna and former boyfriend YBN Almighty Jay appeared to show off their new love interests.

The post Blac Chyna Reveals What Rap Star Is Responsible For Her Career Blowing Up appeared first on SOHH.com.