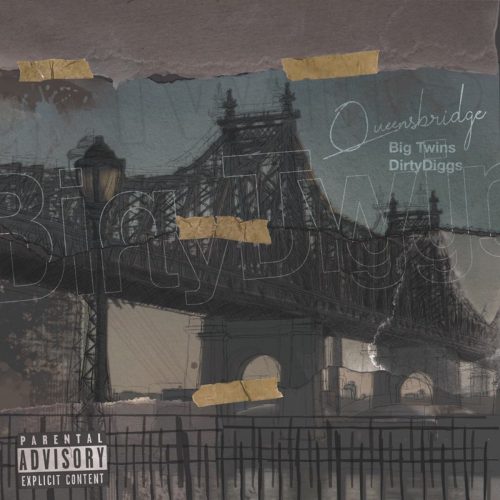 This is the brand new EP from New York emcee Big Twins. Best known for being a member of the Infamous Mobb, it wouldn’t be until the late 2000s that he would branch out solo & has released 4 studio albums to date. However, he is now teaming up with California producer DirtyDiggs for Queensbridge.

It all starts with “No Hesitation”, where Twins raps about how he isn’t afraid to shoot anyone over an organ. The next song “Infamous Chain” with Godfather Pt. III & the Durag Dynasty sees the East Coast/West Coast titans painting vivid images of the street life over a while the track “Do It Big, Do It Dirty” gets more personal over jazzy boom bap instrumental. The song “Multi Million Art Collection” with Planet Asia & Willie the Kid sees the 3 talking about donning over a soulful beat while the penultimate track “Smells Like Blood” with Asia & Hus Kingpin speaks on death over a dark piano instrumental. Then there’s the closer “Cash In”, which is about both parties trying to get paid over an intimidating instrumental.

For an EP, this is honestly one of Big Twins’ best releases yet. His lyricism has continuously stepped-up over time & DirtyDiggs reminds us that he’s one of the dopest West Coast producers that the underground has to offer. Love to see them collaborate with each other more in the future.