Last night on ABC’s Shark Tank, Atlas Monroe Plant Based Foods turned down $1 Million for 100% stake with 10% royalties for her infamous crispy fried chick’n. In just a few months, Deborah and Jonathan Torres’ vegan non-soy chick’n has sky-rocketed attracting the attention of influencers, vegans, and non-vegans alike. As the healthier alternative to Popeye’s chicken sandwich, Atlas Monroe has created the most delectable meat-substitute dishes that taste better than the real thing! 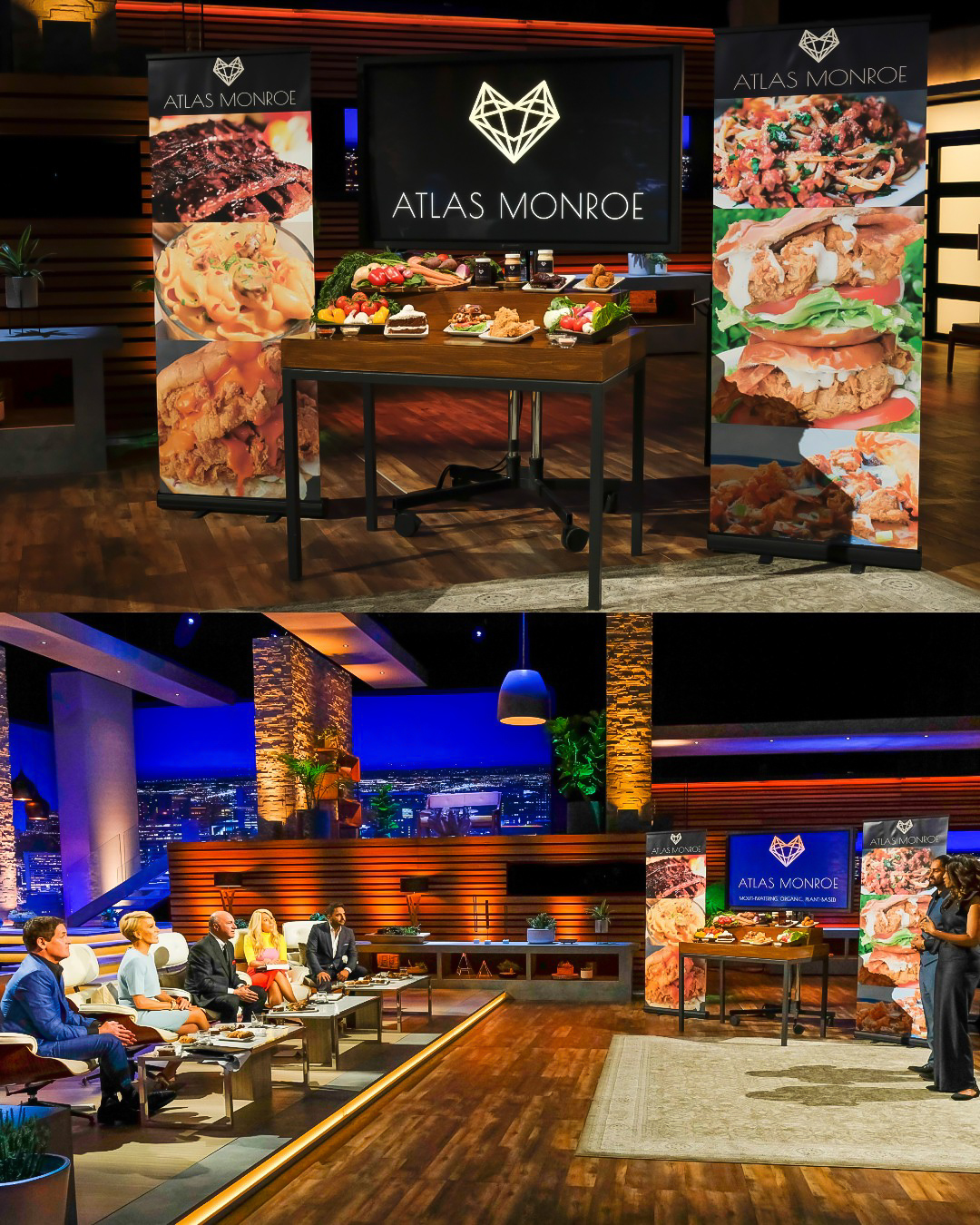 Last night, Deborah and Jonathan shared their famous chick’n with the judges on Shark Tank and Mark Cuban made an offer to Atlas Monroe to which Rohan Orza counter offered with a number rarely offered on Shark Tank—$1 million. They wanted 100% stake and would give the black entrepreneurs 10% royalties. Standing firm in their position, Atlas Monroe turned down the offer. The company is already selling out of their items immediately when they restock and was offered a deal with a famous retail brand. The two innovators walked away from the money knowing they will surpass that amount in no time and giving up something so valuable would benefit Shark Tank more than themselves.

The Source Magazine sat down with Atlas Monroe to discuss how they became leaders of the vegan chick’n movement, their time on Shark Tank and why you should always follow your heart. We also tasted the chick’n and we see why Shark Tank wanted that recipe….hands down the best chick’n we’ve ever had.

1. Tell us a little about yourself and how you came up with the concept to create such delicious vegan soul food items?

I’m Deborah Torres, the Founder and CEO of Atlas Monroe. A few years back, my father was diagnosed with type 2 diabetes. After doing some research on a documentary I had seen, I convinced my entire family to go on a raw vegan and organic diet for 90 days and take walks with my father every day. During this time I started experimenting with plant food flavors and textures. In my research and development, I learned that the combination of certain ingredients and flavors could match animal product textures. I became obsessed and fascinated with this new world of transforming plant foods into delicious favorites like raw lasagna, tacos, burgers, pizzas, cheeses and more! It was a bonus that when my father returned to the doctor after the 90 days we found out he was completely healed!

2. Tell us what it was like to feature you’re already famous ‘plant-based crispy chick’n’ on ABC”s Shark Tank?

It was exhilarating! I felt proud for my team and for my family, more than anything. It was a moment I will always cherish and never forget.

3. What was your favorite moment on the show?

The raving reviews from the Sharks was amazing, but getting to tell my story was my favorite moment. To represent for the culture, for women, for people of color everywhere ‐ to stand ten toes down and be proud of who we are and what we’ve built from the ground up, that was the best moment.

4. How long have you been vegan and what made you make the decision to transition to a plant-based lifestyle?

I have personally been vegan for six years now. I went vegan exactly one year before my father had diabetes and one year before the rest of my family went vegan. One day I was browsing Whole Foods for a (real) chicken burrito in the frozen section when suddenly I had the epiphany to stop eating meat. I just went with it. I went vegan alone and nobody I knew was vegan. I was traveling a lot and couldn’t cook. I literally ate chips and hummus for an entire year! That and spinach with pasta sauce, which is still a favorite healthy go-to of mine.

5. Can you share with us something you learned as an entrepreneur during your time on  the show?

Some people just want to take what you have. It is important to not give in and to not let that happen. After everything you’ve been through, you gotta soar on wings like eagles.

6. What can we expect to see from Atlas Monroe in the near future?

The future is now. Catch us at the grocery store!

• @512qs JERSEY CITY/ NYC • @plantbasedpizzeria ATLANTA • @honeybeeburger LOS ANGELES • @goldenwestcafe BALTIMORE • @damunchies18 DALLAS • To everyone in this amazing video- WE LOVE YOU SO MUCH!

Thank you for supporting us from day 1 & giving your honest reviews and broadcasting them to the world! We love every single one of you so much and wouldn't have been able to do it without you! @theveggiepilot @iamtabithabrown @sweetsimplevegan @consciouschris @reachthisinfinitelife @jayversace @sweetgreensvegan @withsatinbuttons @munchiehunter

@filmswag for creating this AMAZING VIDEO!!