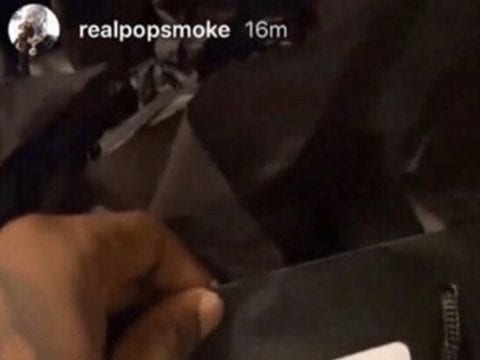 Less than 24 hours after the death of Pop Smoke and the details are pouring in. New reports and coverage dig deep into how the 20-year-old possibly lost his life from a deadly home invasion in California.

Big Facts: New footage has emerged of Smoke appearing to show his Los Angeles address on a social media post.

Wait, There’s More: The shocking death has sparked a ton of hip-hop reactions across social media.

Before You Go: According to reports, a shocking Wednesday morning fatal shooting went down at Pop’s home in California.

Pop Smoke, an up and coming rapper, was shot and killed Wednesday morning in what appears to be a home invasion robbery … TMZ has learned. The rapper was at a home in the Hollywood Hills at around 4:30 AM when 2 men wearing hoodies and masks broke into a house … this according to law enforcement sources. We’re told the 2 men fired multiple shots, striking and critically wounding Pop Smoke. The men were seen fleeing on foot. (TMZ)

The post Alarming Details Surface In Pop Smoke’s Murder Including How His Address Leaked Online appeared first on .