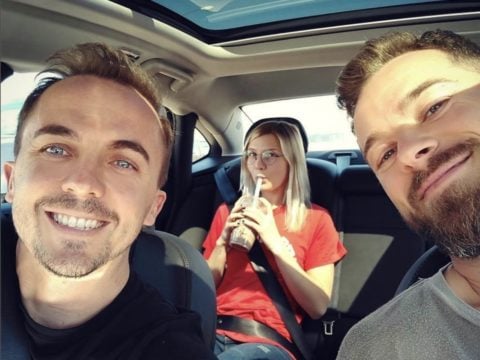 Hollywood actor Frankie Muniz is looking at the bright side of Kanye West publicly pushing his political beliefs. The former “Malcolm In The Middle” star has weighed-in on Yeezy becoming public enemy number one – again.

Approached by a paparazzo last night, Muniz said he applauds Kanye for speaking his mind.

“I don’t know. Hey look, we’re talking about it here – maybe he’s trying to make a point. Something he feels strongly about or not. One thing that I can say about him that I think is a positive from it is the fact he’s speaking out for what he believes. Whether you agree with it or not – there’s a lot of people who are afraid to say anything, right? Or say stuff but they don’t even know what they’re saying. He’s very adamant about what he’s saying and I don’t know, I give him props for that.” (TMZ)