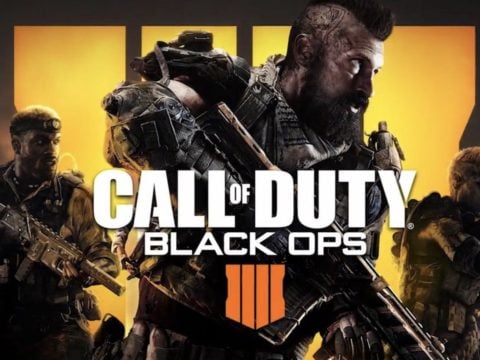 Tired of playing the same video games? Need to clock in some serious gaming goals this weekend? Are you really about that Call of Duty life?

Today, check out the top five reasons you should get your hands on the newly released Call of Duty: Blacks Ops 4 video game on Playstation 4, Xbox One and PC!

The first reason you should get your hands on the new Black Ops 4 video game is because it’s doing something you’ve never experienced before – opting out of the traditional single player campaign mode. If you’re really about that Call of Duty life, then you know every title has a central story you can get sucked into and then – after completion – spend countless hours on the multi-player mode. However, this time around the focus is really about doing solo missions based on the backstory of the multi-player characters. The really amazing and fun thing about this approach is how Activision made this so the missions take place in-between Black Ops II and Black Ops III. Once again, if you’re really about that Black Ops life, then you’ll be able to follow along seamlessly. If not, you’ll still enjoy it but there could be a few references you just don’t pick up on. Regardless, this new approach is not only exciting but totally refreshing to a franchise looking to add a little twist to its hardcore fans.

The second reason this is a must-own is because there is a whole new approach to the multi-player mode. Gone is the ability to quickly replenish your health. Instead, for the first time in the series there’s no more automatic health regeneration. Meaning, every move you make is going to have to be super strategic. If you’re all about guns blazing and running all over the place, it’s really going to cost you. Only the strong and healthiest survive in this multi-player realm.

The third reason you should buy Black Ops 4 is because of the now-infamous and fan-favorite zombie mode. With franchises like “Walking Dead” suffering declines in viewers and ratings slipping season by season, it’s worth noting the love for zombie-slaying has only intensified in popularity with the Zombies map. At launch, you have three official ones to geek out over and if you happen to grab the special edition version, you’ll enjoy a fourth included map.

The fourth reason you should mess with Black Ops 4 is because of the full-fledged Blackout mode. Once again, it really comes down to the multi-player mode with the Call of Duty franchise and having the ability to face-off against up to 100 people per match? Is there any greater joy in truly taking down your peers in the battle royale mode?

The fifth reason you should buy Black Ops 4 is because this is the time of year everyone gets their hands on this title. There’s just something special about October and November welcoming a new Call of Duty game and having celebs geek out in hilarious commercials. The fun is just beginning and all-out warfare awaits! Don’t wait too long and fine-tune your skills so for all of those vacations and breaks coming up you’re ready to unload!