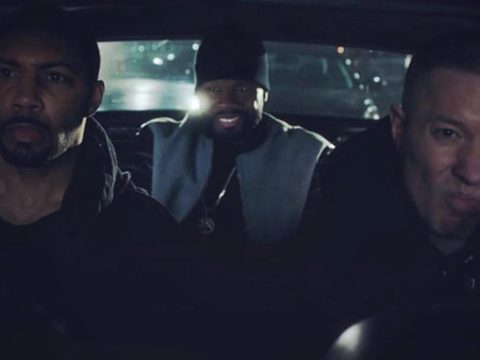 Big Facts: On Thursday, Fif hit up his Instagram page to get followers hyped about “Power” character Tommy taking his talent from New York City to Los Angeles.

On A Related Note: According to reports, actor Mekai Curtis will take on the role of “Power” favorite Kanan Stark in the upcoming “Power Book III: Raising Kanan” show.

Mekai Curtis has been cast as a young Kanan Stark, the character played in the mothership series by Curtis “50 Cent” Jackson. He joins previously announced cast member Patina Miller, who will play Kanan’s mother. The young Kanan is described as smart, driven and still naïve. Kanan’s world revolves around his mother, Raq (Miller), who raised him by herself. She is his everything. At the same time, he is beginning to get a sense of not only the world around him, but his place in said world. Kanan wants to be just like his mother and that’s the problem. (Variety)

Before You Go: Last week, 50 shared fresh shots of his “Power Book III: Raising Kanan” cast and said he wanted nothing but perfection for the series.

The post 50 Cent Teases Tommy’s POWER Spin-Off Series: “What Do You Think He’s Gonna Do When He Gets To LA + Finds Out Weed Is Legal + Mexican’s Got All The Blow” appeared first on .