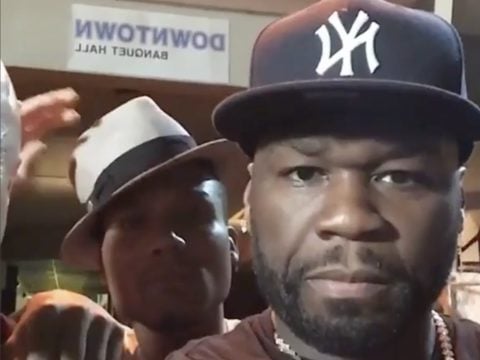 New York rapper 50 Cent isn’t impressed with Khabib Numagomedov‘s manager. The hip-hop star has responded to the UFC champion’s frontman laughing off a $2 million offer for his client to joint MMA franchise Bellator.

Fif hopped on Instagram Monday (October 15) with some specific words for Ali Abdelaziz.

Dang – this might be tougher than it looks. lol

Earlier in the day, footage surfaced of Ali shutting down Fif’s hefty opportunity.