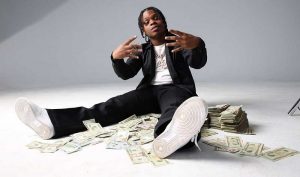 At the start of the week, an NYPD officer would be suspended without pay after images surfaced of the officer riding a dirt bike. The photos came from a resident of the city who posted with the intent to thank the officer for “bridging the gap” between “cops and bikers.”

The officer is seen riding on the back of the dirt bike, just days after Mayor Bill DeBlasio enforces that the bikes are illegal. “We want to send a message today that these dirt bikes do not belong in New York City,” said DeBlasio. “It’s against the law, period.”

DeBlasio warned the public that any owner of an ATV bike should be cautious as at least 50 dirt bikes seized by authorities have been rolled over by bulldozers over the past few months.

“I want to be very clear. Anyone out there has an illegal dirt bike, don’t even think about it because the NYPD will find it and will crush it. It’s as simple as that. We’re not playing games,” DeBlasio added.

Following the news of the NYPD officer’s suspension without pay, public outrage ensued as many saw the officer’s efforts as a way to bring ht community together, including 42 Dugg. The “Maybach” rapper commented under a post on the news saying that he would pay her bills for the next six months. “Can somebody send me who she is tell her I got her bills for 6 months,” he wrote.

The post 42 Dugg Willing to Pay Six Months of Bills For Suspended NYPD Officer appeared first on The Source.