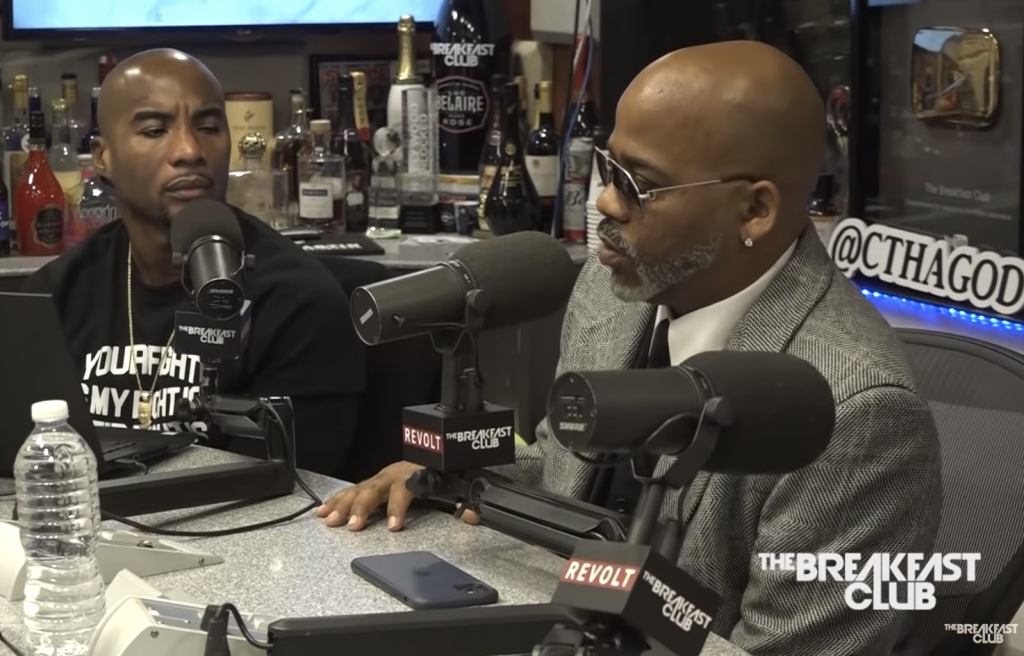 Dame Dash is back! Returning to New York City a “warrantless” man but to deal with some “frivolous” cases in court, Dame stopped by The Breakfast Club to enlighten the morning trio on how he’s been prophetic as to the moves he’s made and where he’s at today.

Accompanied by his artist Tash, Dame talks about the ups and downs he’s been going through for the past few months whenever he’s not taking shots at the Popeyes eating attorney, Chris Brown (LOL).

Touching on everything from Harvey Weinstein to almost signing The Firm to Roc-A-Fella, Dame once again proves that he’s one of the most entertaining and insightful interviews in the music game.

Here are the 11 things we learned from Dame Dash on The Breakfast Club.

Dame is actually the front man of his own rock band. “I’m the chairman of the board in the day. I’m a rock star at night like Batman.” Who knew the Hip-Hop mogul would venture into the Rock-N-Roll genre one day?