What’s beef? Well, it’s one of the most synonymous occurrences in Hip-Hop that, regardless of how much people try to protest it, gets factored into the culture on a level of near entertainment. Basically, we really can’t just all get along. Sometimes though, rap wars can get a little scary.

Some of you may be at this very moment getting the popcorn ready for the next Nicki Minaj vs. Cardi B round, but at the core of it all there are two influential women in Hip-Hop going to blows (literally just a few months ago!), that left the latter rap queen receiving death threats on her infant daughter, allegedly by way of the fanbase of the former rap queen. Honestly, it shouldn’t have even got to that level.

As we celebrate the spooky festivities of Halloween today, let’s look back a few scary instances in the history of Hip-Hop beefs that left us feeling like shook ones. Let’s hope it never get as deep as these 10 unfortunate lyrical battles: 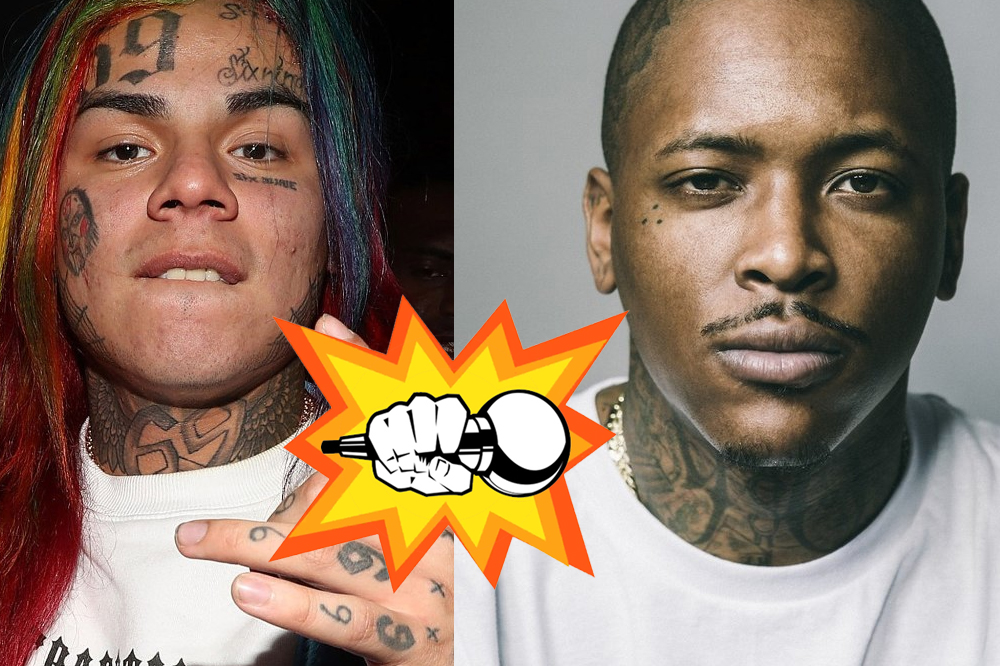 What Had Us Shook:
This one is fairly new and probably still going on, but YG, known for his well-documented Blood Gang affiliation, and Tekashi, who throws up signs and reps Tr3yway whenever he can, almost turned this rap war into a full-out #GangGang situation. Any time a beef goes down that route, we can’t help but be fearful of the outcome. 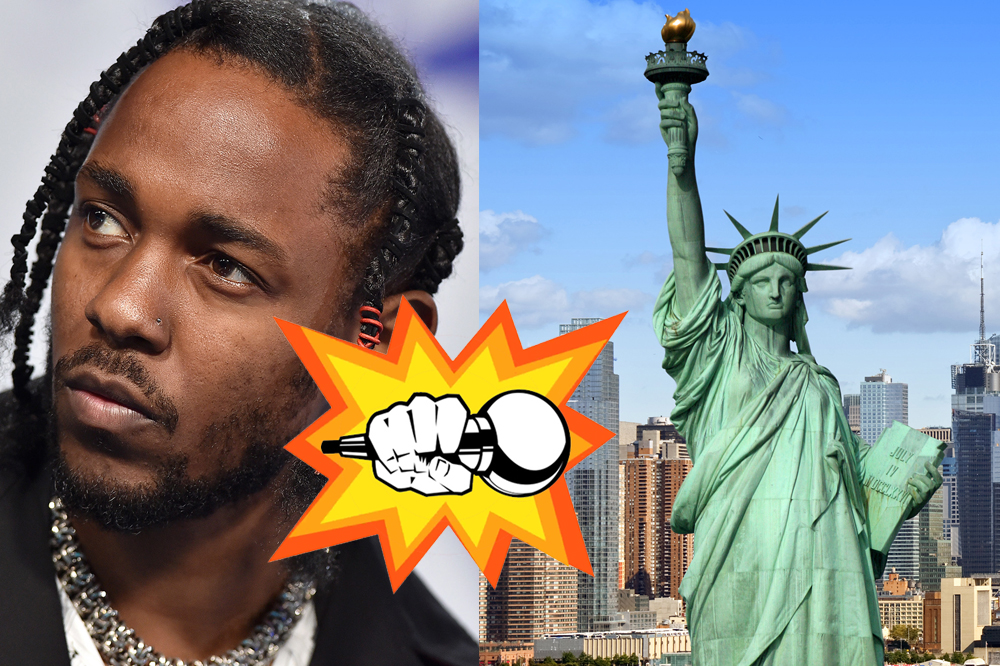 What Had Us Shook:
Known to many as the greatest of his generation, Kendrick Lamar made a huge proclamation with his “I’m the King of New York” line on that infamous “Control” verse heard all throughout Hip-Hop. The scary part wasn’t even the actual rappers from NYC that came for his neck — many kept quiet, and the few who did step up didn’t do the Big Apple much justice — but the actual people of New York almost denounced Kung Fu Kenny. It was a bit touch and go there for a bit, but luckily K. Dot’s talent shined through and he avoided a damn-near ban from the five-borough-strong rap mecca — even headlining HOT 97’s Summer Jam this past summer. He might still have a few hitters in BK a bit salty, though.

8. AZEALIA BANKS VS. …EVERYBODY 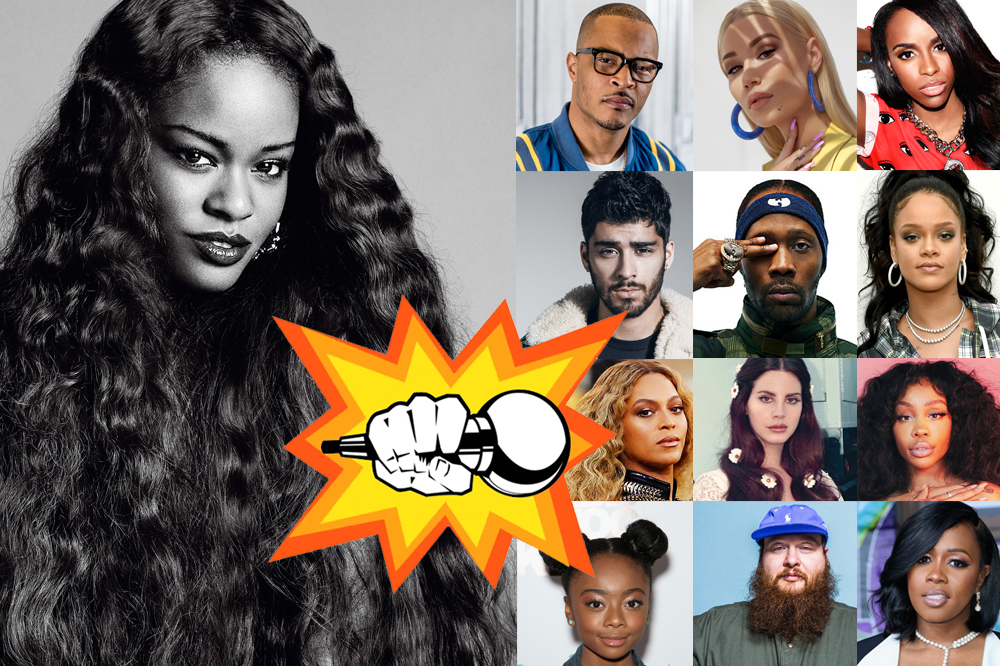 What Had Us Shook:
It’s scary to just watch Azealia constantly dig herself into a deeper black hole as an industry outsider with every beef she gets herself into — she usually is the one starting it, too! Like, honestly, who beefs with a 4’11, cute-as-a-button Disney Channel star?! Next up: Azealia Banks vs. Mickey Mouse. Smh. 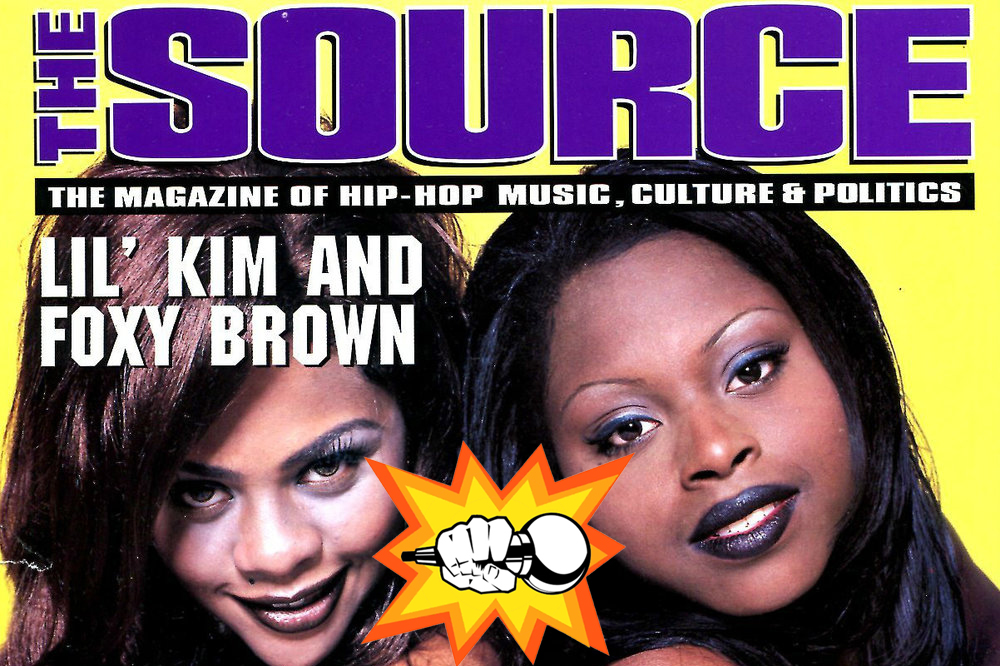 What Had Us Shook:
To have these ladies on our own cover (Feb 1997; No. 89), just to see them years later beef on wax and then go through that horrible HOT 97 incident that actually sent Kim to prison left a huge damper on Hip-Hop. Unfortunately, things haven’t repaired between these two still, and it’s probably set the tone for all these other “Battle of the Femcees” that we’ve been seeing recently. 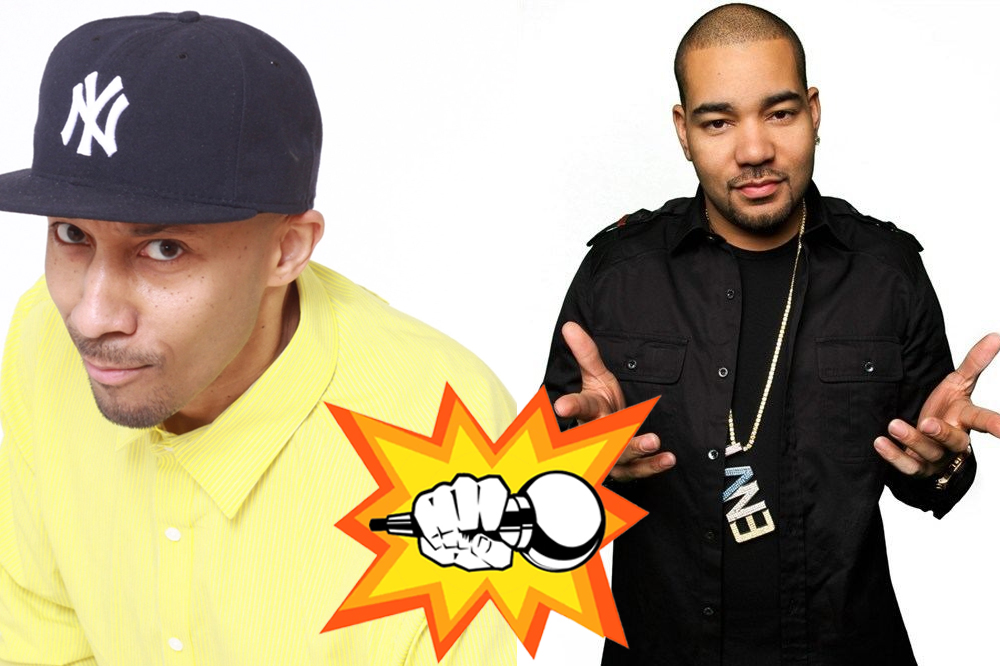 What Had Us Shook:
Everyone knows that kids are strictly off limits, so when Star got on air and made crude comments about Envy’s wife and made a statement about his daughter that we’d rather not repeat, things could have easily turned for the absolute worse. We’re glad Envy was able to take the higher road here, but it send chills down our spine to think of what could’ve happened if someone acted on Star’s request. 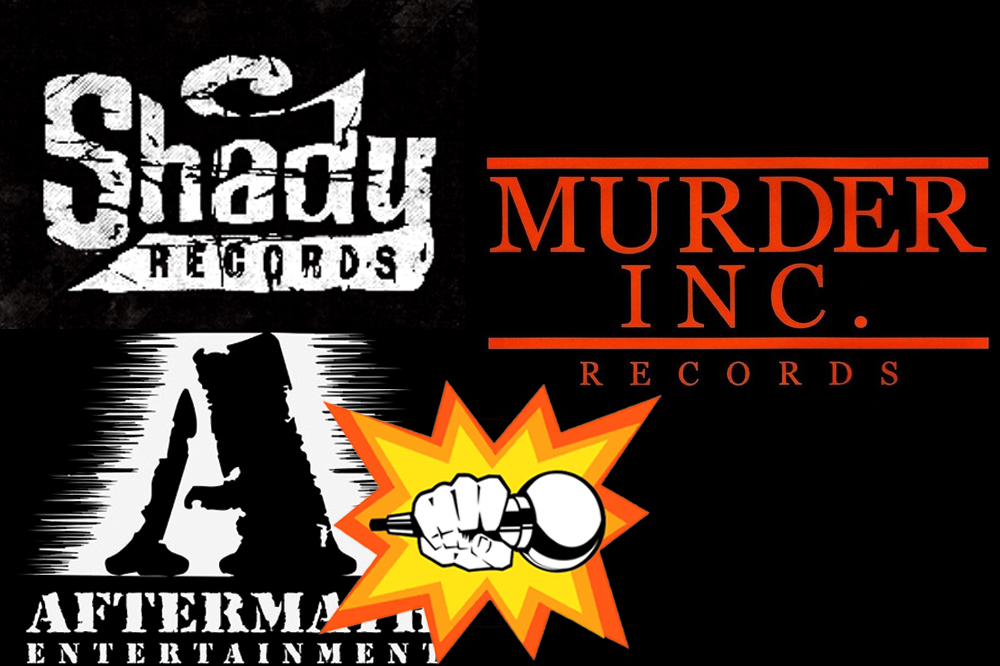 What Had Us Shook:
Sure, this was primarily “50 Cent vs. Ja Rule,” but crews, affiliates and label support from both sides contributed to some real-life tribulations for both parties involved. We may not ever really know what happened that night at the Hit Factory 18 years ago, but it’s still enough drama there to have 50 buying 200 front row sets to Ja Rule’s latest concert just so they stay empty. Damn, homie! 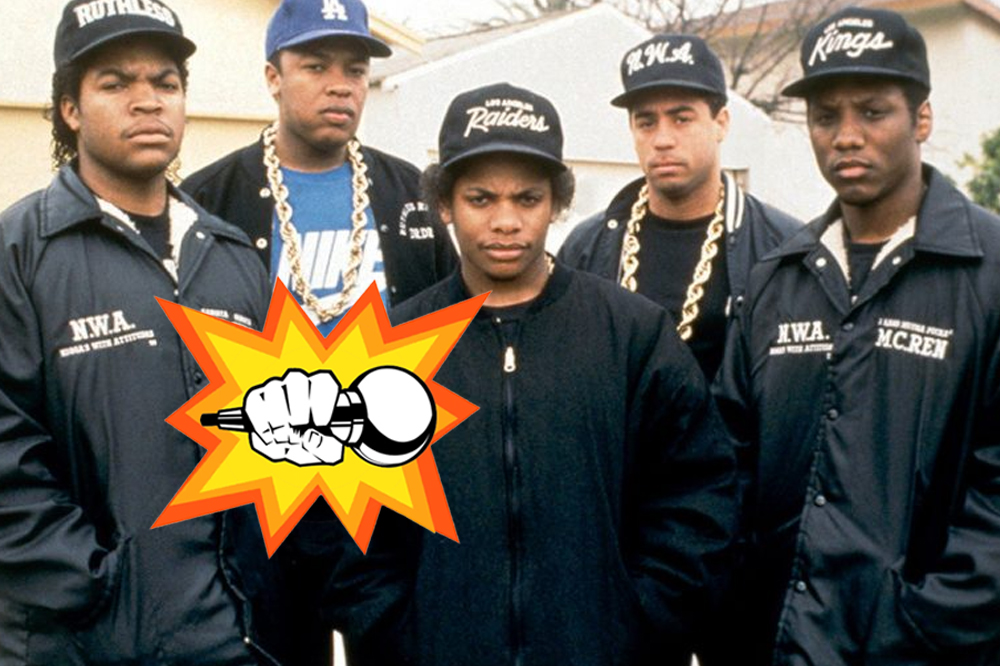 What Had Us Shook:
We hate to see family feud, especially when both sides are equally legendary and reckless behind the mic. The song title “No Vaseline” alone should send shivers down your spine. Thankfully, this was one beef that was able to both be repaired and turned into Hollywood gold with 2015’s Straight Outta Compton movie — all surviving members contributed to the script, united and better than ever. 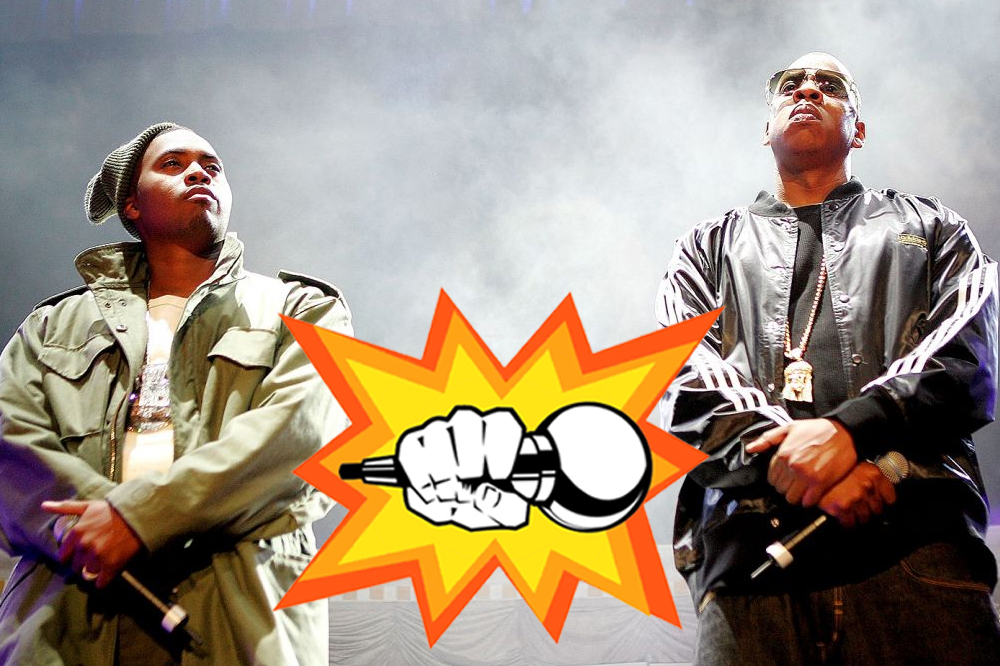 What Had Us Shook:
The scariest thing here is that it involved two of our favorite MCs and, still, you can’t really determine who really won. Of course “Ether” ate “Super Ugly,” but it also ended with Hov literally becoming the president of Esco’s label. We don’t even want to get into the lyrical shots — let’s just leave “baby seats” and “Hawaiian Sophie fame” in the past!

2. “THE BRIDGE WARS” (BOOGIE DOWN PRODUCTIONS VS. JUICE CREW) 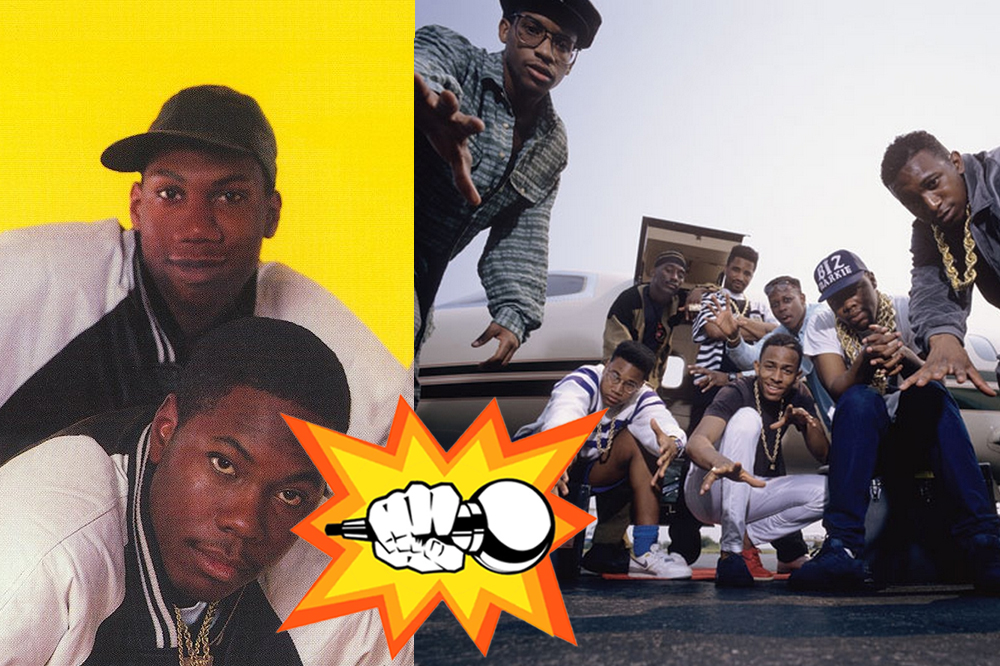 What Had Us Shook:
As one of the earliest rap feuds in the history of Hip-Hop, it’s still one of the most disturbing. This went far beyond chains, fighting over women or dissing rap skills; this was for the territorial ownership of rap. Had things gotten too serious between the two pioneering crews, it could’ve left a dent on the rap game that we’d still be trying to recover from. Scary thought, indeed! 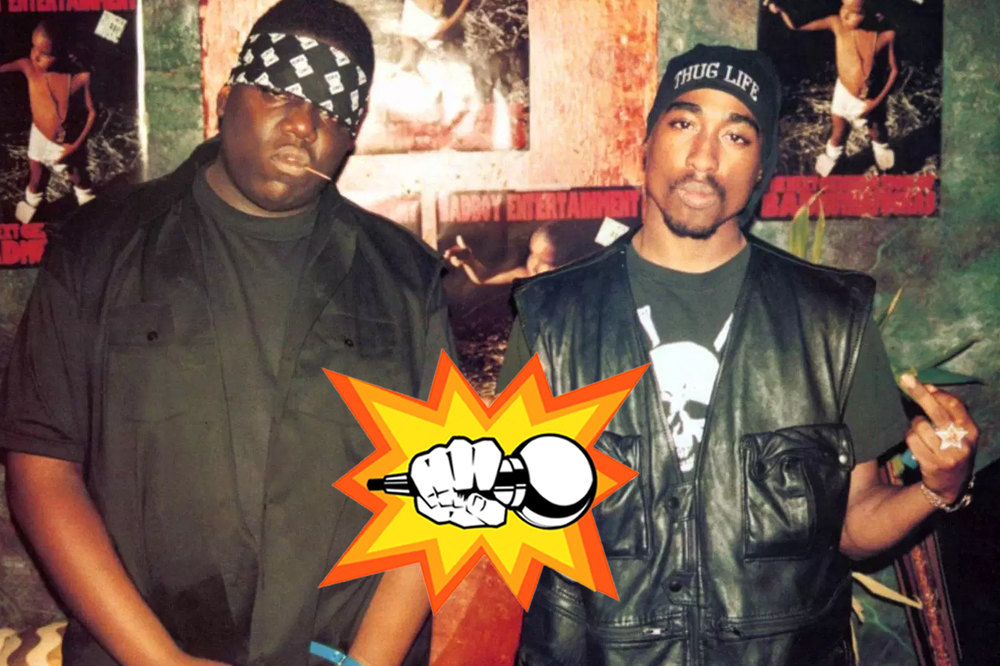 What Had Us Shook:
Unfortunately, our biggest fears came true in this rap war: neither side made it out alive. When it comes to Tupac Shakur and Christopher Wallace, we’re positive that the “what if’s,” “why’s” and multiple regrets fill those involved on a daily basis. If there’s one example of why beef shouldn’t go down in the first place, the loss of these two icons is the best example you’re going to get. R.I.P…

Let us know some of the rap feuds that had you shook by sounding off over on Facebook and Twitter!

The post 10 Scariest Rap Feuds in Hip-Hop History appeared first on The Source.